The topic for this week’s Top 5 Wednesday is future classics, which are books that we think are special enough to one day be regarded as a masterpiece. I think this topic is really hard! Not many books become classics and I do not think that my answers are very good, as most of them have mixed reviews.

The narrative follows five-year-old Jack, who shares his day-to-day activities with his ‘Ma’ living in a place called ‘Room’, which is exactly that – a single room. His mother was kidnapped several years ago and suffers the abuse from Old Nick, and had Jack as a result. I find this novel to be very compelling and touching, which is why it may become a classic. The film is also amazing, as it captured me instantly. My review. 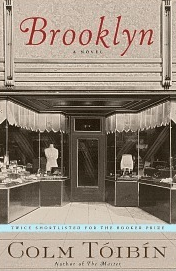 Brooklyn is a novel about the identity of a young woman and incorporates the homesickness she goes through after moving to America. Eilis begins work in a department store in New York and finds love with Tony. I really liked studying this novel during High School, and even wrote my final essay in the English exam about it. It has a touching story and is quite enjoyable to read. The themes are simple, yet thought-provoking, and really connected with me when I read it. This novel is also a film that was done really well, and is worth watching.

The Light Between Oceans by M. L. Stedman

The plot in this book is so intriguing and I loved reading about what would happen. The novel follows Tom and Isabel, a married couple living on an island who take a baby that is found with a dead man in a boat. It was a very pleasurable book to read with fantastic literary writing. While many thought it dragged on a bit, I was very immersed by it, and hope one day it will be considered a classic. My review. 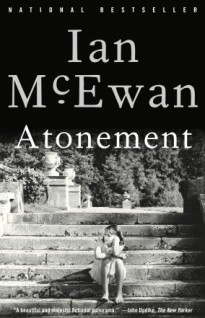 Atonement has a very unique story and plays out differently than to how I would have thought it would. It is about a young girl who witnesses something she shouldn’t, and misinterprets what she sees, resulting in her family breaking apart. The prose is very well-written and it is interesting to see what happens. The name of the novel is really creative and connects well with the plot, as it refers to how the young girl must learn to atone for her mistake. 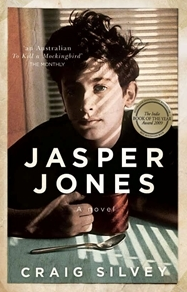 This book was recently adapted into a film. It has been compared to To Kill a Mockingbird in terms of its themes about race. In Jasper Jones, Charlie Buckton is awoken in the middle of the night by Jasper Jones, the outcast of the town, because he has seen something terrifying. During the summer, Charlie uncovers many secrets of the people in his small town. Watching the film a few weeks ago reminded me of this story, as going in to watch it I couldn’t remember anything about the plot. The twist is really interesting, and while it may not become a classic worldwide, it is sure to remain popular in Australia.

**Top 5 Wednesday was created by Lainey (Gingerreadslainey) and is hosted by Samantha (Thoughts on Tomes). For more information, check out the group on Goodreads.**